Paul Adler spent his childhood in various locations including Caloundra (in Queensland), Cygnet (west of Hobart), Daylesford and Brighton. Most of his secondary schooling was at St. Leonards College in Brighton where he gained a taste for a variety of outdoor activities including hiking, cross-country skiing, rock-climbing, sailing and canoeing.  During summers, Paul set up a small business painting the Brighton Beach bathing boxes.

Fiona Harrington grew up in Melbourne’s eastern suburb of Heathmont. She attended school at Ringwood Secondary College (formerly Ringwood High School). Her hobbies included music (playing piano and saxophone in various school bands), art and a very active social life – funded by her part-time work at the local McDonalds.  She was a reasonable swimmer and played social netball but was never a particularly sporty person. In fact, she was someone quite likely to find an excuse for skipping PE classes!  A few things have changed since then.

Fiona and Paul met during the first year of university – both studying Engineering at The University of Melbourne. Although they had quite different interests outside of their studies, they quickly formed a close bond. It wasn’t too long before Paul introduced Fi to the world of hiking – something she took to like a duck to water!

Around this time, Paul decided that he’d like to try mountaineering and booked himself into a course in New Zealand. Here he gained his first mountaineering experiences and learnt about the technical aspects like crevasse rescue techniques, self-arresting (using an ice-axe to stop yourself when falling), glacier travel, and ice-climbing.  Despite the fact that bad weather prevented a climb up Mount Cook, the exhaustion of long-days at altitude, and even seeing another party swept away by an avalanche (luckily everyone was ok), Paul was hooked.  Fi joined him at the end of this trip for some hiking and traveling.

Not long after they met, Paul and Fiona moved into a shared rental house close to university where the rent was cheap but they battled with ceilings literally falling down around their ears, some dodgy housemates, no heating whatsoever, and even a rat in the toilet! 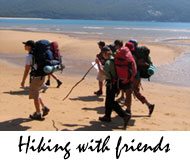 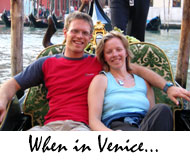 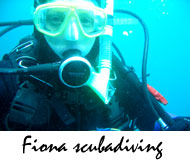 They studied together and both worked in different Pizza Haven shops, saving to purchase their first house.  After 2 years of engineering, Fiona decided to change her study direction and switched courses to study Marketing at RMIT.  She later worked at a small firm as a marketing coordinator, and then at Accenture (formerly Andersen Consulting) as a business strategy consultant. After going their separate ways with study and work, from 2000 to 2005 Paul and Fiona worked together, managing Invizage Technology – the I.T. services firm Paul and Brad Bond founded in 1996.

During this time they squeezed in as much travel as possible, visiting Nepal, South America, Africa, Canada and the US, Kazakhstan, Thailand, some Pacific Islands and parts of Europe.  Much of this travel was based around mountain climbs – see previous climbing trips for more details on some of these.

In January 2005, Fi and Paul were married in a winery on the Mornington Peninsula. 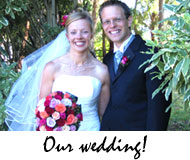 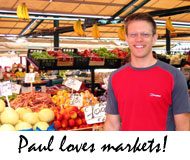 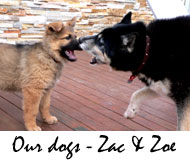 During 2004-2005, Invizage was acquired in two stages by Sensis (part of Telstra and best known for the Yellow Pages and Whitepages brands).  At this time, Fiona began working for Sensis as the marketing manager for a group of businesses which included Invizage, Whereis and UBD.

Given that a huge phase in their lives had come to an end (running Invizage), Paul and Fiona realised that without business or family commitments, they now had an unique opportunity to attempt to climb Mount Everest in the 2006 climbing season. This had been a “fuzzy” goal that they had held for a long time but one that was quickly coming into focus (see more about our dream here).

After returning from a trip to Europe where they climbed the Matterhorn and Mont Blanc, the decision was consolidated and the serious training began.  This eventually meant that Fiona had to resign from work as the combined efforts of work, training and study were proving an impossible ask (Paul hadn’t worked since the final acquisition in July 2005).

And so that leads us to where we are today – training hard and organising our equipment in preparation for the biggest challenge of our lives!

In 2006, Paul Adler and Fiona Adler attempted to climb Mount Everest. We posted live updates here throughout our climb, sharing our journey with friends, family and other interested parties. Here is the daily blog from this adventure.